Like many home owners you probably turn the television and lights on in your home and take the electricity that powers them for granted; that is until you are hit with a power outage. From losing your air-conditioning in the heat of summer to the inconvenience of taking a cold shower, you should also be aware that there are several electrical issues that can cause injury to your person and become a danger to your home. Penque Electric presents a list of common electrical problems we are called to fix during summers in Greater Western, New York.

The heat of summer can aggravate a number of electric problems including:
• Increased Electrical Overload: If you notice flickering lights, buzzing sounds, and tripped circuit breakers, you may be experiencing an increased electrical overload. During the summer months your air conditioning is in use 24 hours a day, which can overload your system. If you are experiencing a strain on your power you should contact your Penque Electric certified electrician to upgrade your electrical panel.
• Summer Storms & Power Outages: Summer storms often bring thunderstorms, lightning and strong winds which can cause electrical issues. Thunder and lightning in particular can cause power surges that can overload and damage your electrical appliances. Your Penque Electric licensed contractor will identify and resolve the issue before installing a surge protector in your home.
• Power Surges: Your air conditioner, refrigerator, and large appliances draw power which can overload your system. Lightning storms can also contribute to power surges. Regardless of the cause, excessive power surges can result in electrical fires. Always unplug appliances and other devices during a lightning storm and consider investing in surge protectors to keep your home safe.
• Brown Outs: Brown outs are caused when the demand for power by multiple consumers exceeds the power available in the power grid. You will experience sudden dips in power and flickering lights as the power grid struggles to keep up. The power company may issue an advisory warning, asking that consumers conserve usage during the day by waiting until the evening hours to do household chores such as laundry and vacuuming etc.
• Ceiling Fans: Make sure you switch your ceiling fans to operate counter clockwise to pull the air down instead of up. Take a moment to clean the blades and wash the light fixture. Turn fans off when you are not in the room to conserve power. Your ceiling fan is designed to move air to cool you down rather than maintaining the temperature in the room.
• Extension Cords: Keep in mind that extension cords are designed to be a temporary fix and should never be hidden under rugs. Take the time to inspect your extension cords for damage such as frayed cords. Unplug them if they feel hot to the touch. Resist the urge to plug extension cords into another extension cord, doing so increases your risk of starting a fire.

Electrical issues are not only an inconvenience they are also a safety issue which puts you and your family at risk. If you are experiencing electrical problems in your home or business, contact your knowledgeable Penque Electric professional for immediate assistance with all of your electrical inspections, repairs, upgrades and new installations. Contact us today! 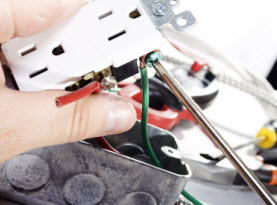 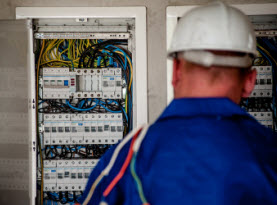 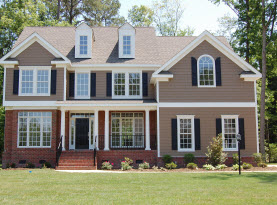